Breez is a new mobile OS design language. It strives to be inspired by nature, and in harmony with people. It ships with a media player, email, messaging, calculator, camera, photo, notes, calendar, clock, dialer and tasks apps built in. 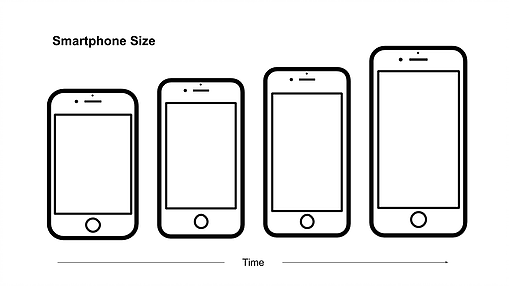 The recent trend for larger smart phones has created reachability and one-handed usability problems for some users. Additionally, phones are more distracting now than ever before.

Two user personas were created to help develop empathy and develop user scenarios. These personas helped me think about why someone would prefer Breez OS over IOS or Android. 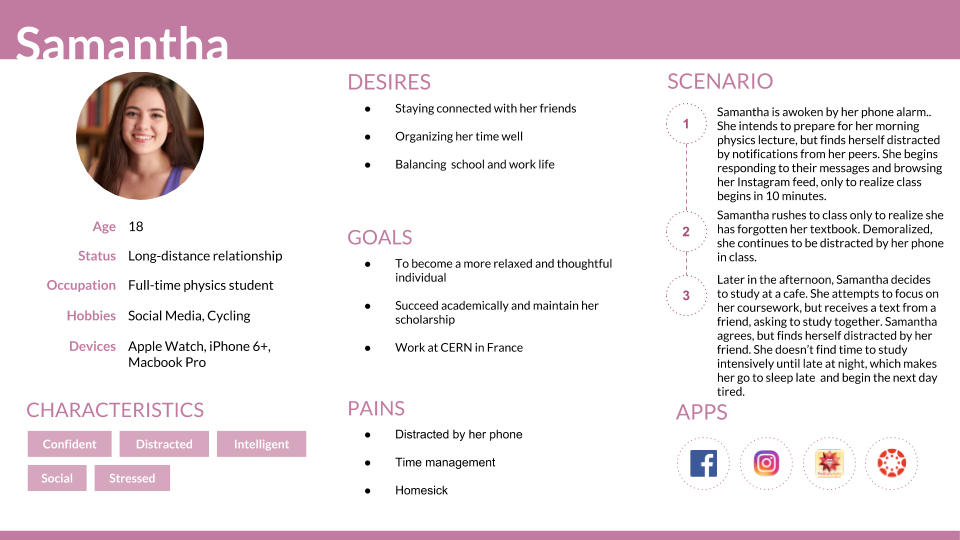 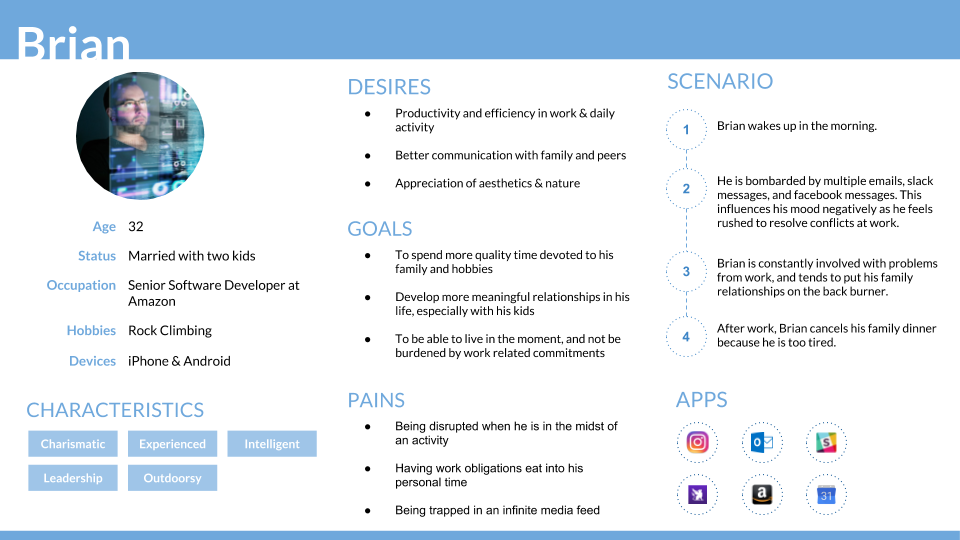 As a team, we spent a lot of time iterating on our global navigation and how interactions would work for one-handed usage. To address reachability and one-handed use we had two main solutions. The first was a hidden radial menu that could be flicked on an off screen from an edge swipe. This concept was nicknamed the "Action Orbiter" and would be placed where a user's thumb would be when holding a phone, whether left or right handed. 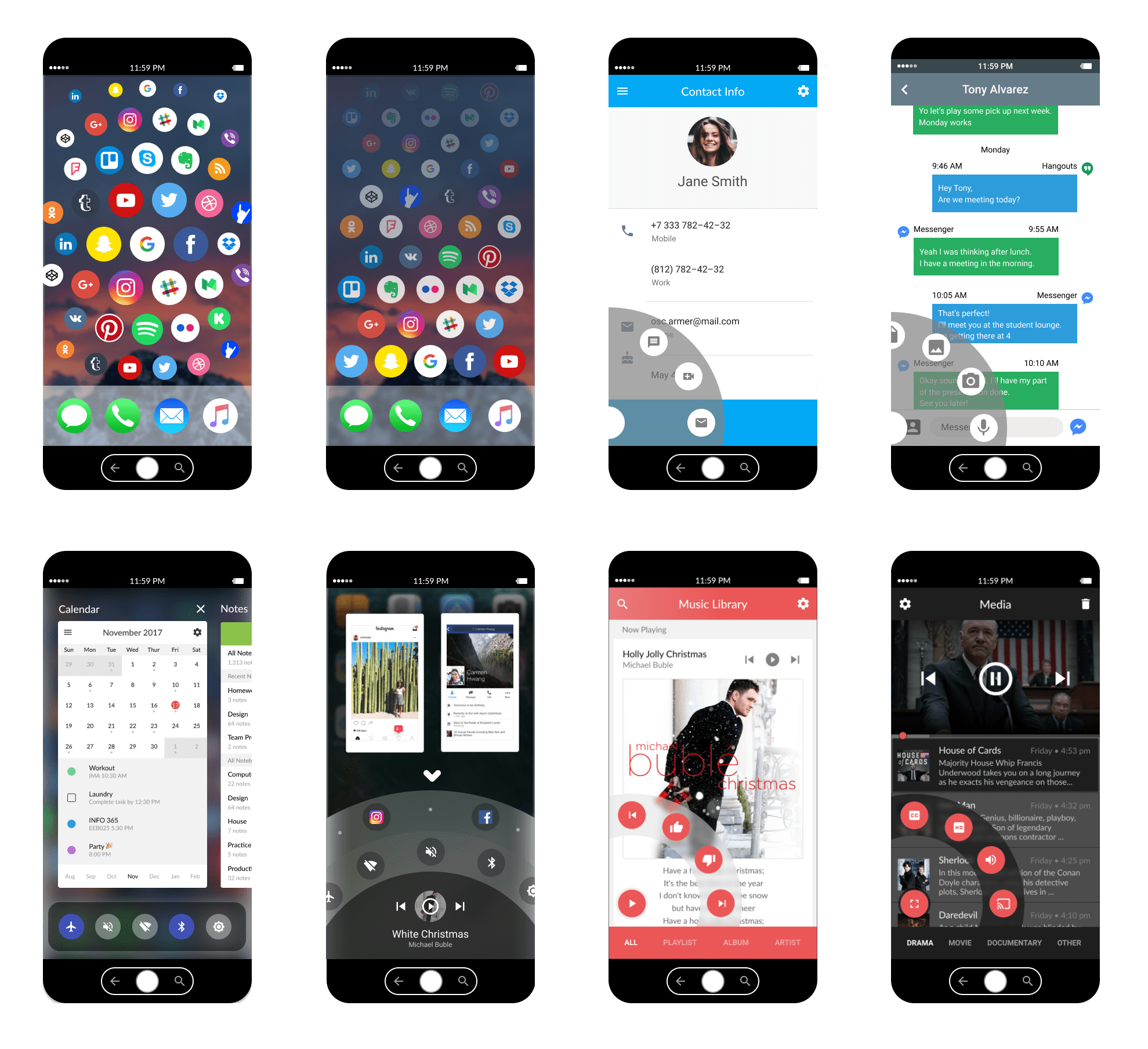 Our team spent a lot of time and energy designing how these interactions would work. How the wheel would rotate, be predictive of app selection, and contain utility buttons. After receiving critique and feedback from other designers we realized we were forcing users to learn a new system that hides the primary functionality in many apps. The Action Orbiter menu would be constantly changing and users would not be able to predict what it would show. This was the exact opposite of our principles of being convenient and focused. We still wanted that one-handed functionality but needed to approach it through a different lens. That's where our global controls come in. While the device's buttons resemble Android with a system back and a system search, if the home button is long pressed and held it turns into an accessibility joystick. This joystick allows for quick selection of app elements that might be unreachable. 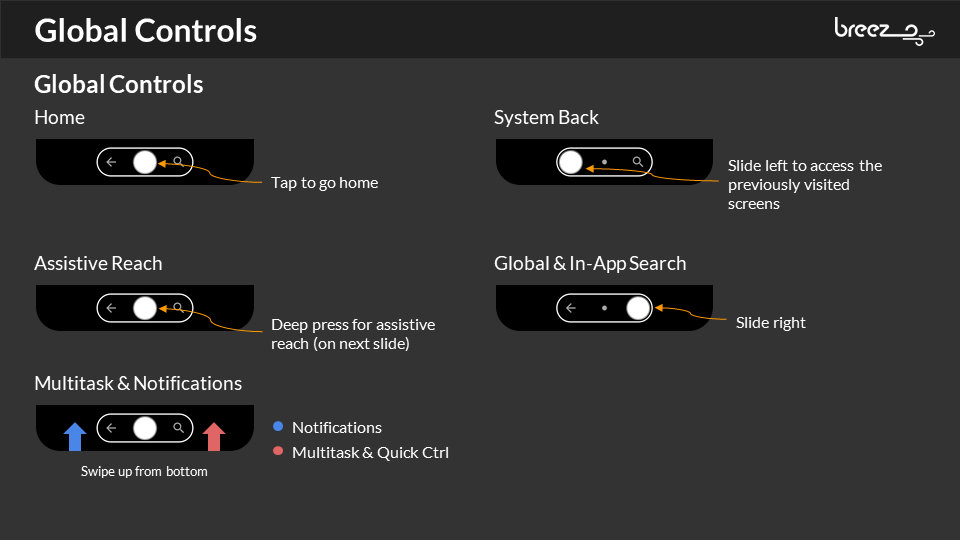 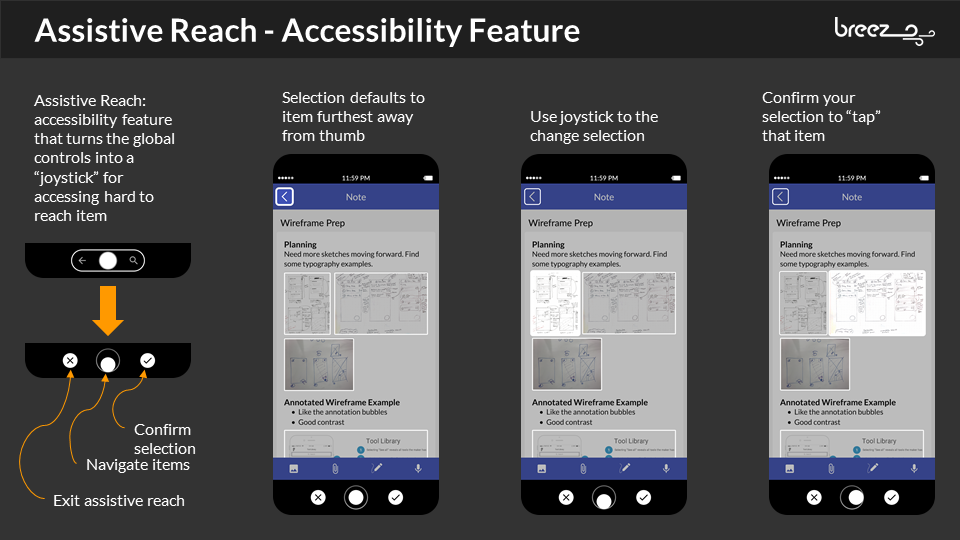 Below are examples of the apps I worked on. 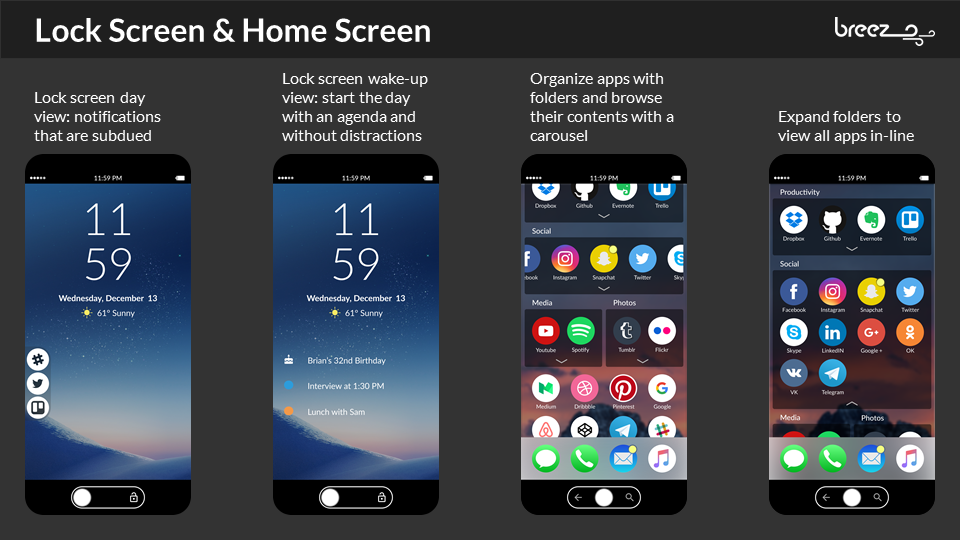 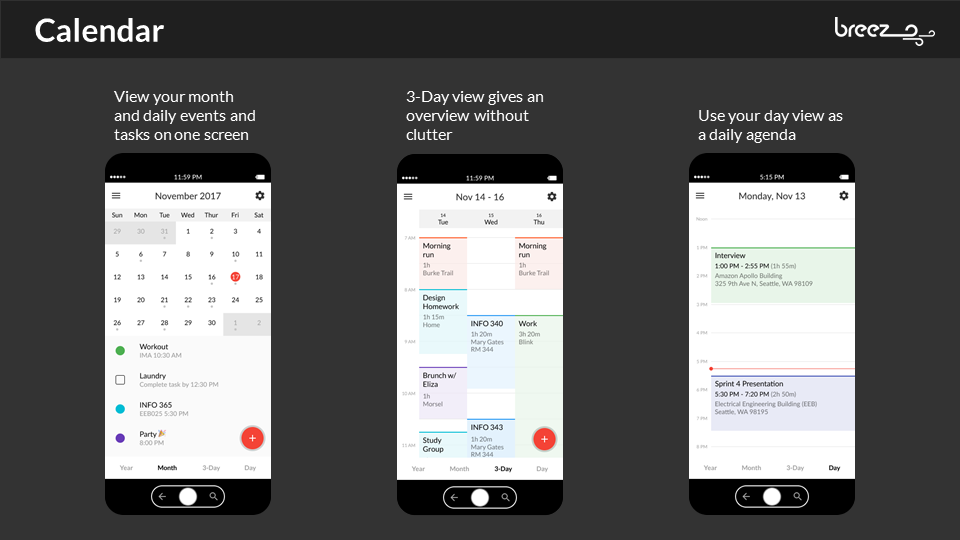 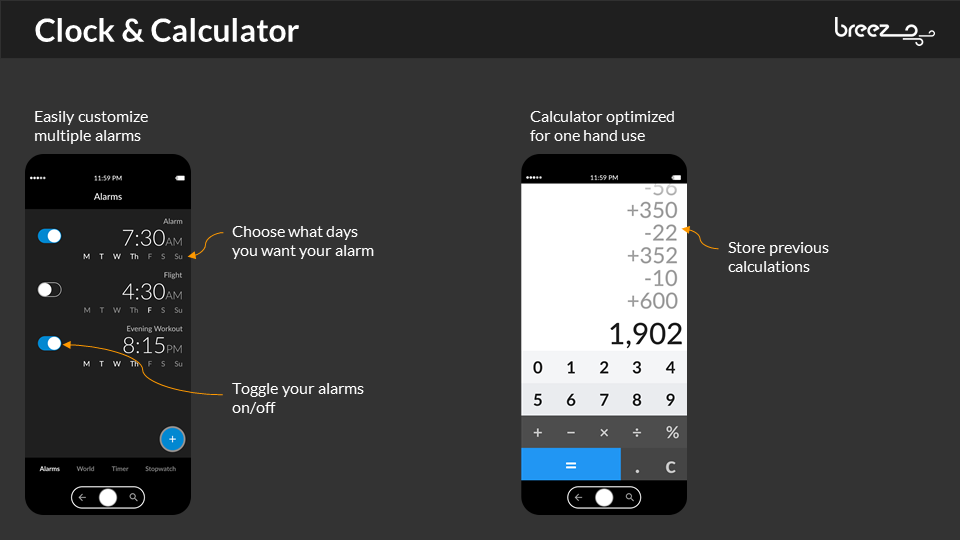 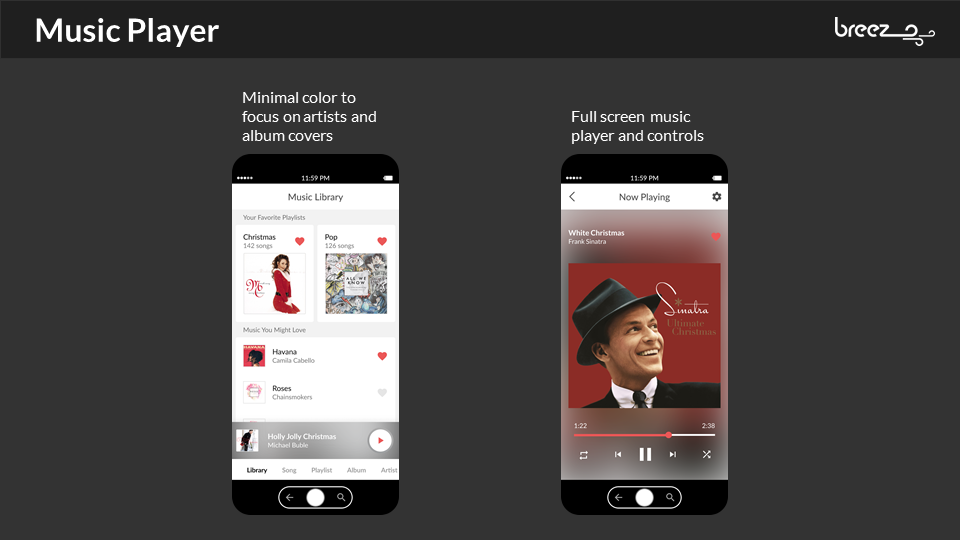 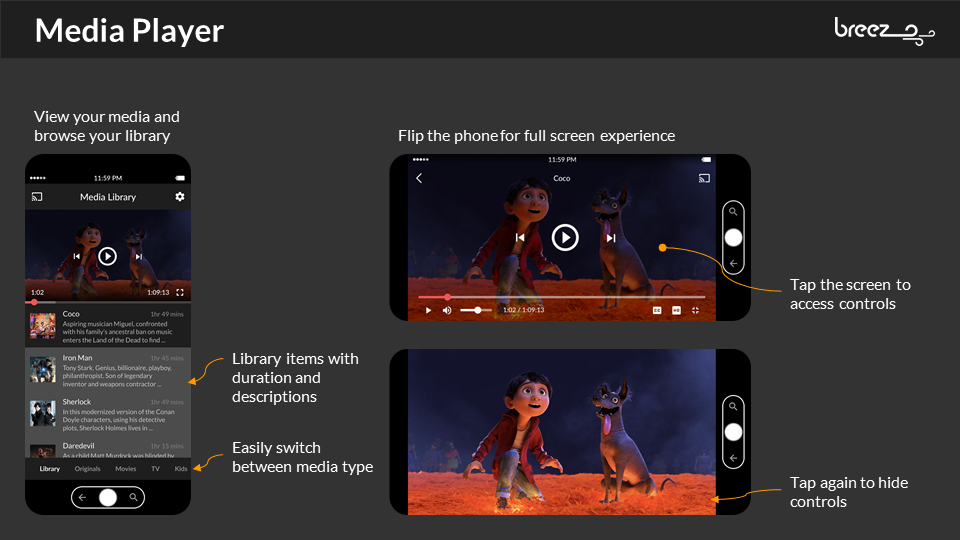 Here is the entire system. Click for higher resolutions. 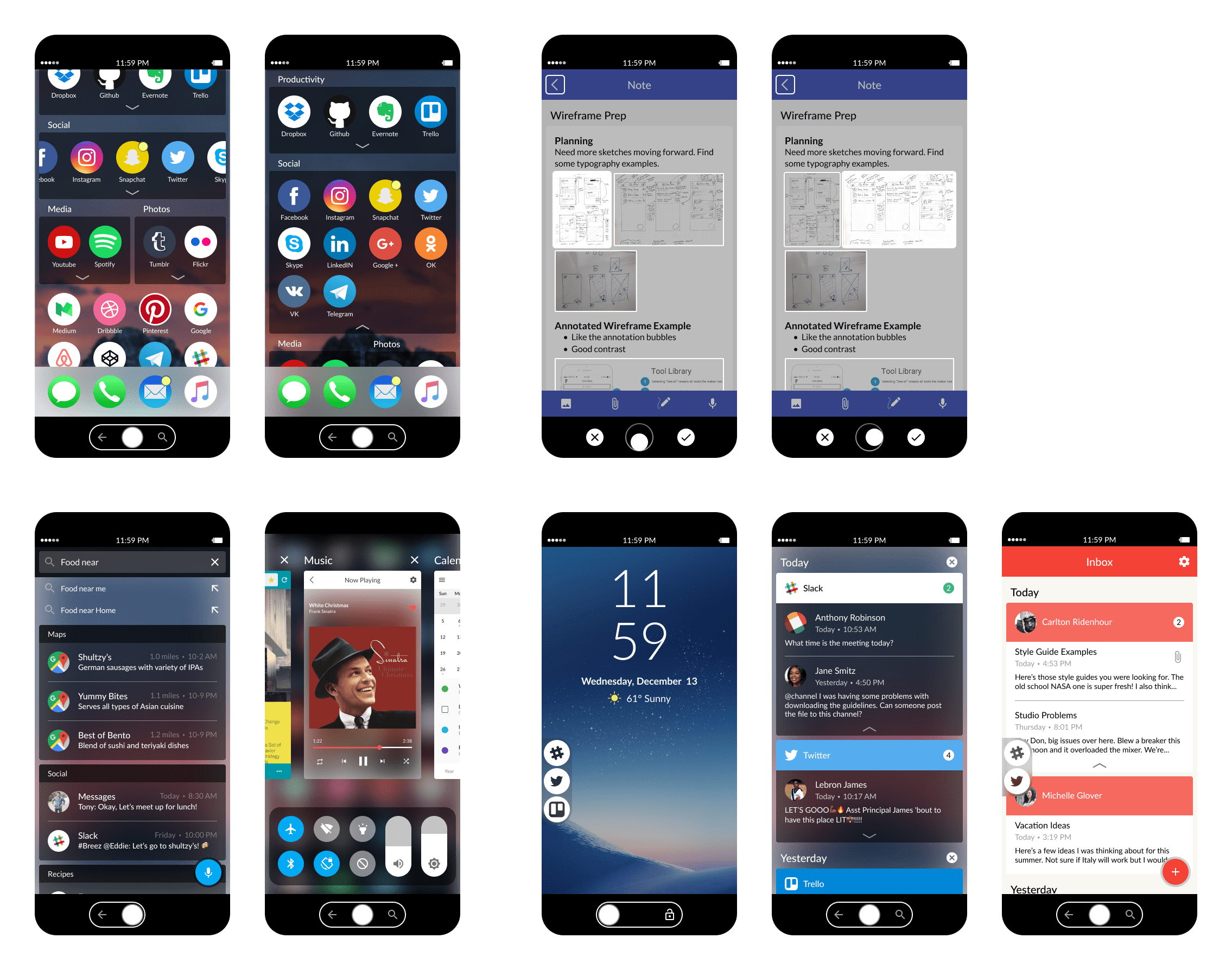 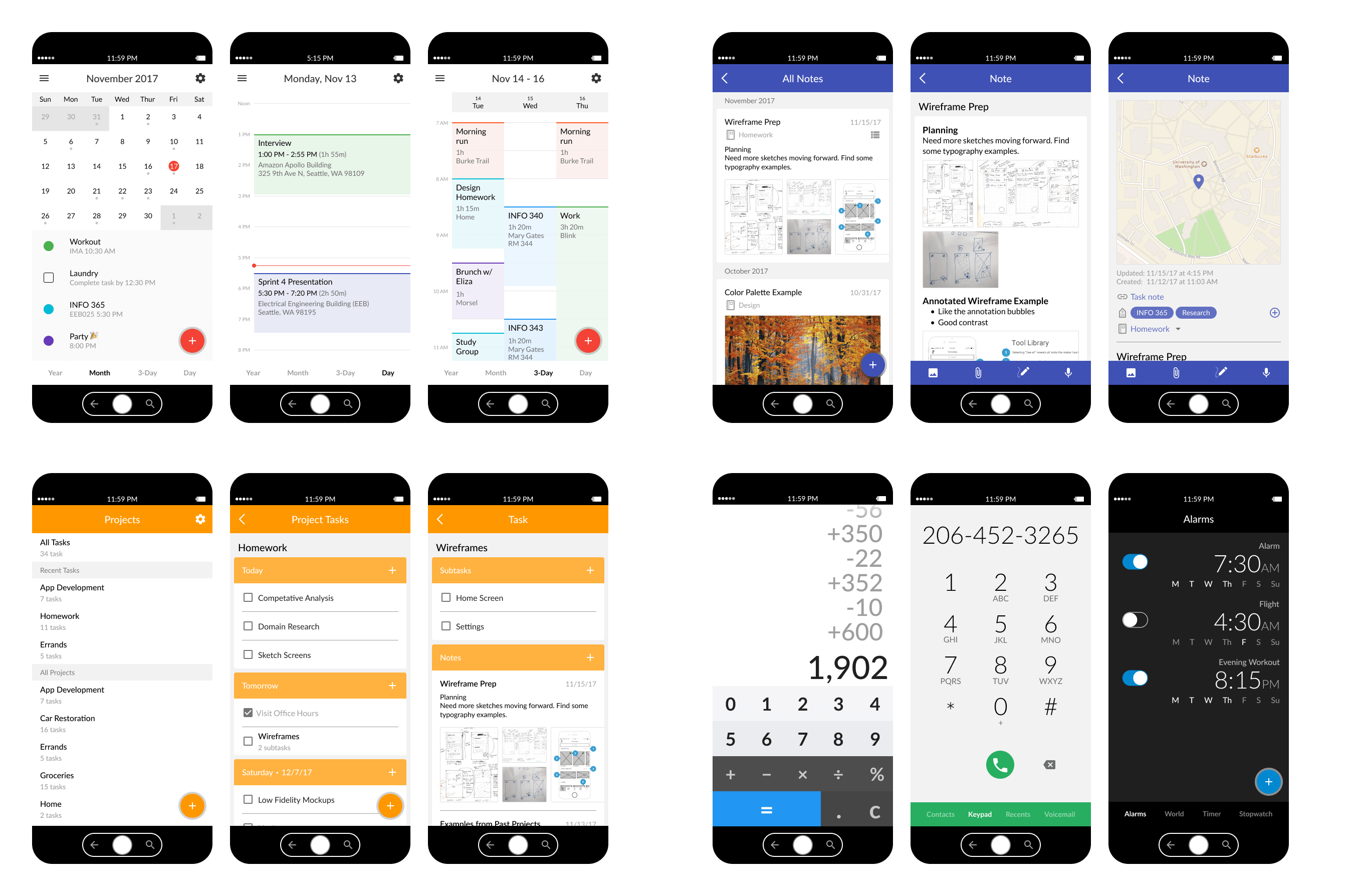 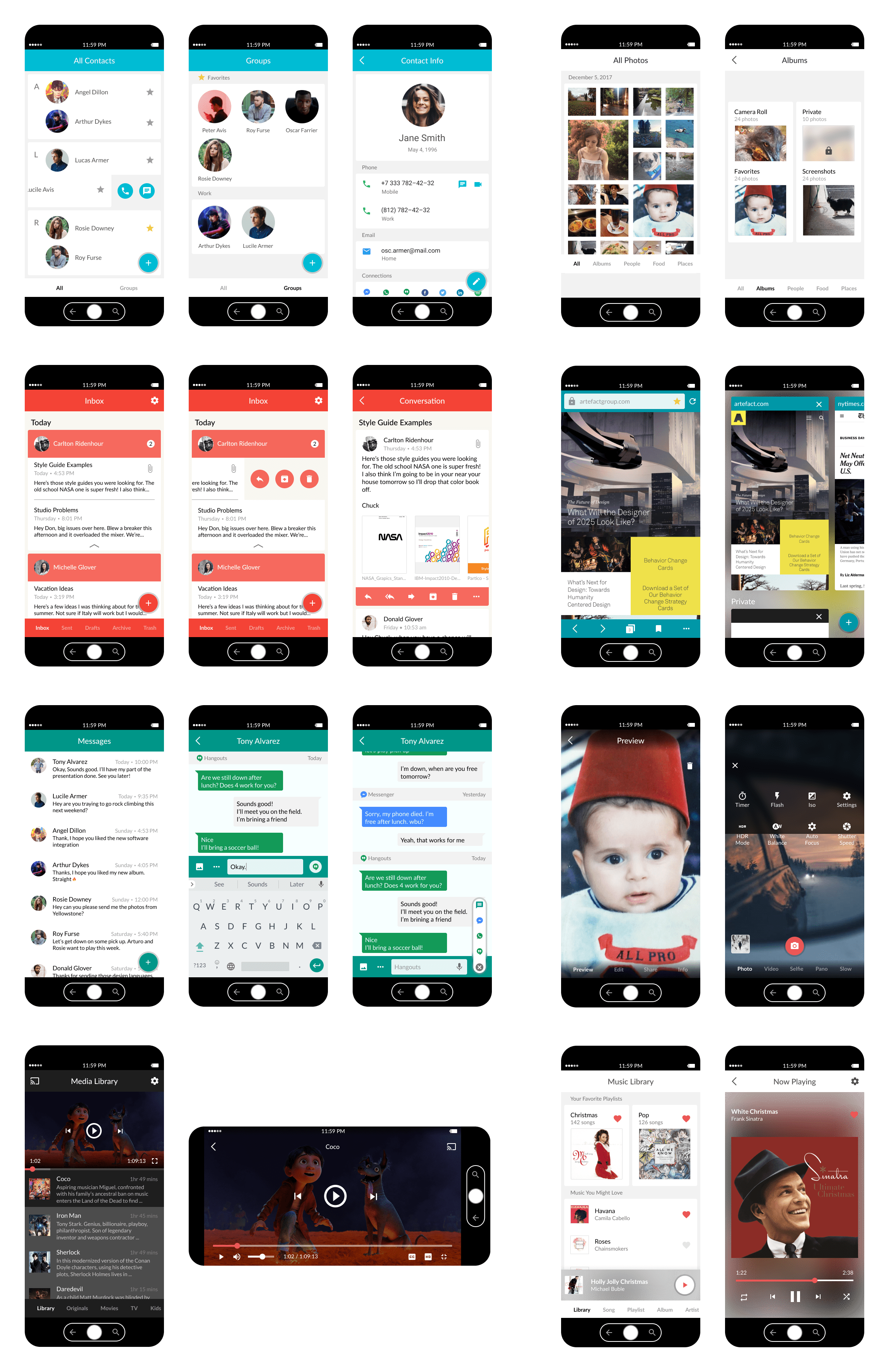 The University of Washington has a few inspirational mantras it likes to promote. Be Boundless and Fail forward surfaced themselves throughout this process. Designing a new operating system in ten weeks was not an easy task. This project taught me about the importance of communication when working on a large design team. I also learned a great deal about not being afraid to fail. Every week we would critique one another and iterate on designs. Sometimes designs worked and other times they were destroyed in the design critique. Despite the action orbiter being scrapped, we had to design our way to that conclusion.