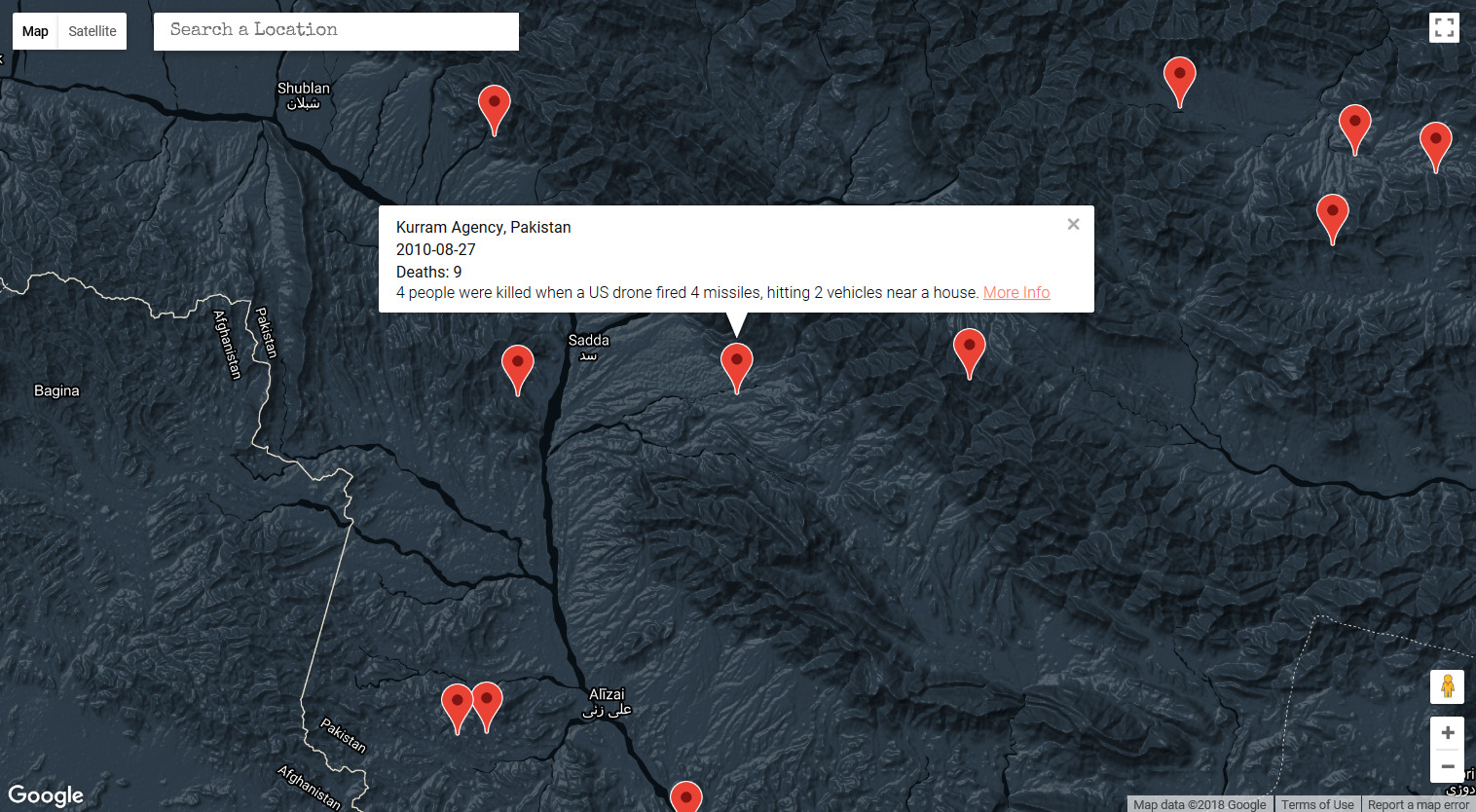 Drone-strike is an interactive online visualization that plots covert drone strikes carried out by the CIA in Pakistan Yemen, and Somalia. Drone-strike was built to bring attention to the United States drone program. The visualization utilizes tool tips to display information about each strike including, province, country, date of strike, casualty count, and a brief synopsis of the strike. It was one of my first times building a web app with Python and gave me experience using REST APIs. Data is called from Dronestre.am API.

There is a lack of public oversight for the U.S. drone strike program. What if there was a way to visualize and increase understanding on how the U.S. is using covert drone strikes in the middle east?

This is the first iteration of drone-strike map. I kept a vanilla google maps styling and used a light blue background to emulate a sort of airy, sky theme. I included a UI button to give the option to view a nightmode of the map with a light grey background. After spending a lot of time thinking about the topic of drone strikes I decided that the default blue gave an entirely wrong design aesthetic. It made me feel as if I wasn't taking the somber topic of drones seriously enough. This light blue has connotations with baby boys and clouds. I decided to go to Dribbble for inspiration. After some searches for dashboards, maps, and drones I had a better idea of the darker, futuristic interface I wanted to display. All that was left was to style the google map, change the sites CSS, and choose a font with more personality.

The process for drone-strike came from browsing API's and thinking about interesting information I could present to people. I originally did a terrible job of styling the front-end for this project but decided to give it a makeover. Designing a map for politically relevant information made for an interesting project on a serious topic.